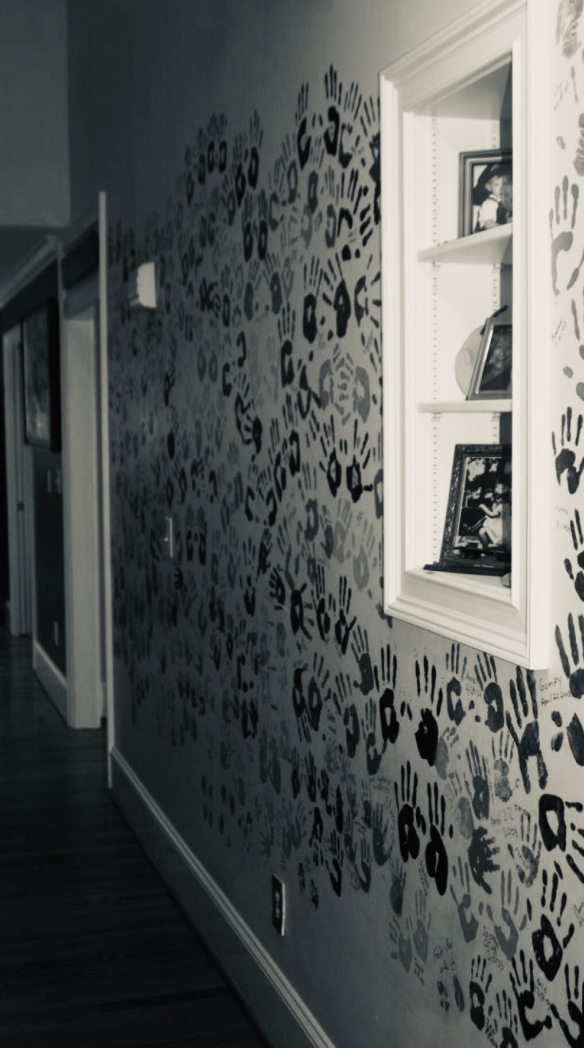 Sometimes I cannot sleep; my mind is busy noticing things, things that were hidden (buried) in the peripheral throughout the purposeful rigor of the day.
The backs of my eyelids are vivid nightlights, magnifying glasses for the razor-edged Rolodex of things I have meticulously filed away.
I notice all the things I did do and wish I had not, the things I did not do and wish I had.
In the unwanted illumination, my heart reveals a measuring stick that is rigged in someone else’s favor. I notice how I often fall short.
I notice time’s mnemonic remnants: the faint ridges of forgotten fingerprints, the oily glow of haphazard handprints, the glossy shine of a forehead once rested in daydream.
I notice the scattering of chalk outlines, evidence of the versions I had worked so diligently to scour away. 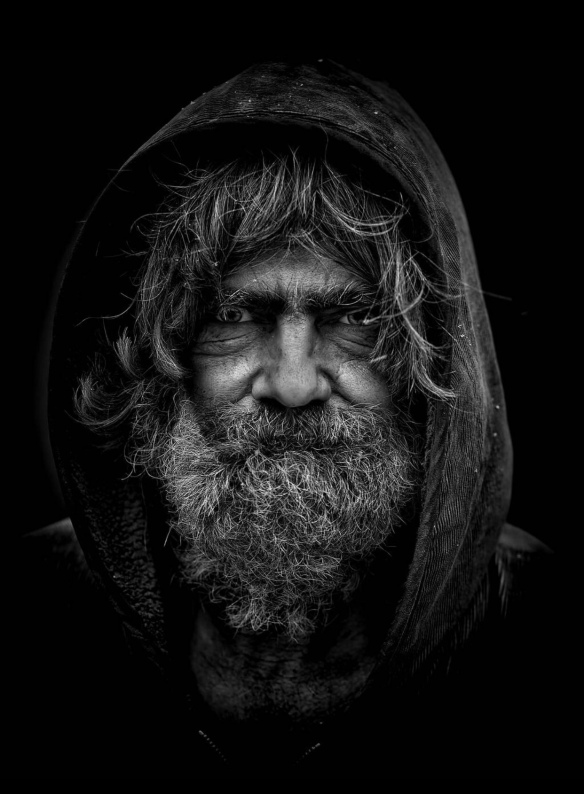 In this town, the sun-bleached sidewalks are littered with clandestine cracks that, I swear, swallow people whole.
For as long as I can remember, the sky here has always been a dense gray, the industrial gray of stack pipes and metal on metal, of burning.
The sky isn’t scraped with tall windows framed in the angles and edges of concrete and steel.
Instead, deflated dreams hover like once-full helium balloons, forming a foggy stratus that folds itself into you like time.
Yesterdays are the gravity keeping my heavy feet planted on the ground, and I cannot stop.
These solitary feet never stop moving, not even for sleep; sleep is death’s dress rehearsal.
I move in a sleepwalker’s partial awareness, avoiding cracks in a never-ending search for something precise, something secure.
But, a sleepwalker’s course is anything but precise and secure; I have surrendered to Alone.
Alone is a lot like death.

-image via Pixabay by Leroy Skalstad 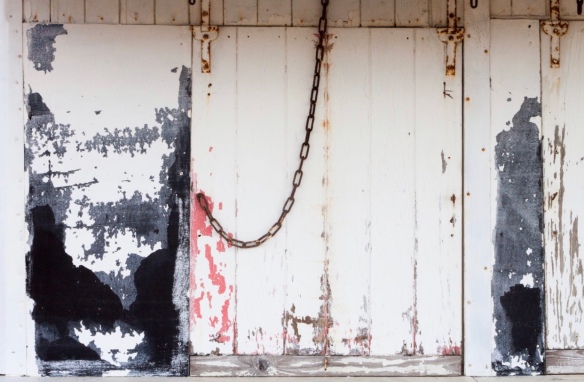 I have been beyond tired, beyond lonely –
simultaneously lonely and never alone,
with an emptiness settling in so deeply,
it was a stone inside of me,
hard and sharp

my past and my fears are the leaden shackles I have always felt a duty to escape;
my rest is formed by my waking life,
and my waking life has too often been formed by feelings of defeat,
sorrows I allow to permeate as I set forth in my duty

but, in the center of my core,
I have always known it is possible to break the old, rusted, fear-forged chains of the past,
to encourage elements to transition from one state into another,
transforming and casting an entirely new life

sadly, chains made of blood and memory are a million times more difficult to sever than those made of steel,
and the past has a tendency to overtake me when I am not paying enough attention,
or, when I pay too much,
and I’ll find myself making the same mistakes as those who’ve come before me,
with the same resentments set to boil

but, I have also been tired, yet content,
simultaneously fulfilled and alone, but never lonely,
hard-won self knowledge settling in so deeply,
silence and gratitude are all I need to feed the gentle stillness in my soul

because those old, rusty chains do eventually break,
even though the breaking is an endlessly tiresome business,
and when I look the fearful past in the face and call it by its name,
it loses its rigidity and strength,
becoming just another corroding element,
flaking away with time

-image via Pexels; shared as part of the dVerse Poet Pub’s prompt, The Art of Confessional in Poetry

life has lead me through experience
to thought,
and thought to action,
through action to trial and error,
on a path back through words,
to love,
and creation

it’s been the most amazing,
eye-opening, and soul-baring ride

and this life keeps leading me back to words,
to love,
and a call to action –
a call to being

but, oddly enough,
that call to being is, at times,
at odds with words,
with time itself

and I can’t quite find my place to be

something had shifted,
they could both feel it;
it hung in the air,
an energy circulating the room that neither could ignore

it was as if they’d been in the dark,
just out of reach of one another for far too long,
the reverberation between them reminding them why they were here,
why they’d always been
right here

impassioned, something deep inside him stretched out and curled around her like a shawl,
his finger reaching up to move the curls from her face so he could see directly into her eyes,
and he kissed her,
all of her,
even the parts they’d both been afraid of,
and he didn’t let go

and she let him,
her fingers careful and deliberate as she undid the buttons of his shirt,
her body following whatever her heart desired,
wherever this energy took them,
allowing him to see her,
needing to see him too

they touched each other gently, at first,
as if it was the first time they’d been together,
and that was true, really –
they touched with no expectation,
with no pretense,
with all they had to offer,
and receiving with an openness that had taken all these years to find

they noticed everything,
every shiver and tingle and gasp,
each curve and freckle and goosebump

they noticed their bodies were older, now;
she gripped muscles that weren’t as strong as they used to be,
kissed the wrinkled lines reaching out from the corners of his eyes,
and he traced the silver scars from childbirth weaving a patchwork across her abdomen,
cupped breasts that had become much more malleable –
it was all a part of their story,
a story they wished to tell with the lights on

so they touched in fevered fingertips,
with an urgency that rose from a depth they’d not once known –
they no longer had to be careful of one
another –
they had a reverence for their fragility,
but knew they’d never break 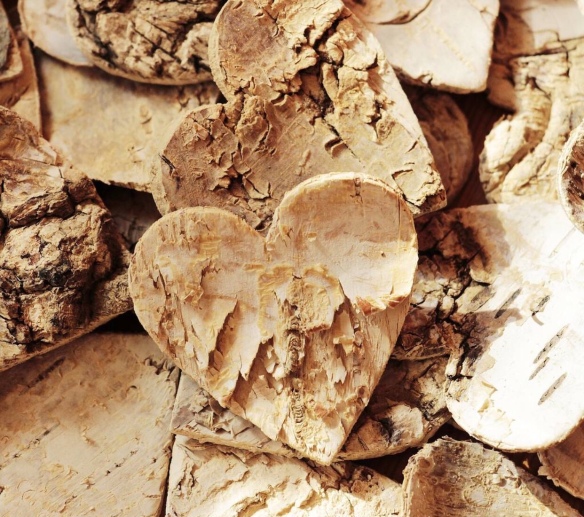 her heart was hand hewn,
a butchered block of aged wood –
heavy,
weathered,
cracked and dry

it no longer beat;
it only pained her,
its weight a foggy barrier,
keeping distance or closing in –
she wasn’t sure which

all she knew was that it hurt,
its splinters scraping against its walls,
gnashing at the soft tissue,
tearing through

and flooding her chest with dust

the first thing you realize
in a situation without light,
without any way of measuring
the length of one moment
over the length of another,
is that time becomes very elastic

you left,
taking with you everything
that shone brightly in my world

the last time you kissed me
and made time stop altogether

I feel the slowing tempo
of waves receding,
the acquiescence
of my spirit weeping

I hear my weary bones a’creaking,
but I can’t give in – 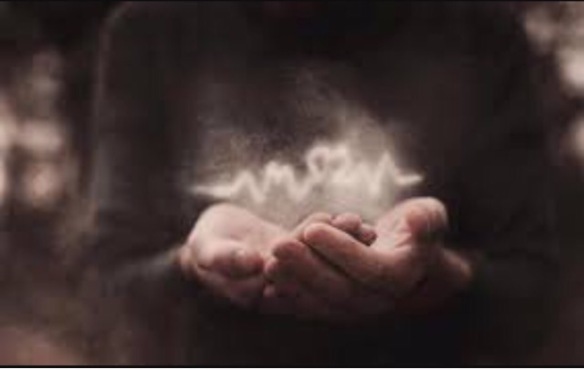 if I’m lucky,
before I’m buried,
the best pieces of me
will be buried in the souls
of others

time didn’t seem to pass –
through her tiny eyes, there was only the present,
the right now

yes, she remembered,
she had so many memories;
but time traveled in an unseen sequence,
one which didn’t require much thought

today is all she felt,
and the concept of tomorrow was barely believable;
being anything other than what she was right that minute was inconceivable;
anything else was almost magic

and then there came a day when the magic came to a screaching halt,
when she realized her eyes were suddenly not so tiny,
and time no longer felt weightless

she wondered what it could have been like to go on thinking about nothing,
to ignore death and fate and the possibility that life can be shaken to its core

this is how she knew she’d left childhood behind –
she felt time’s passing,
and she wished for it to go backward